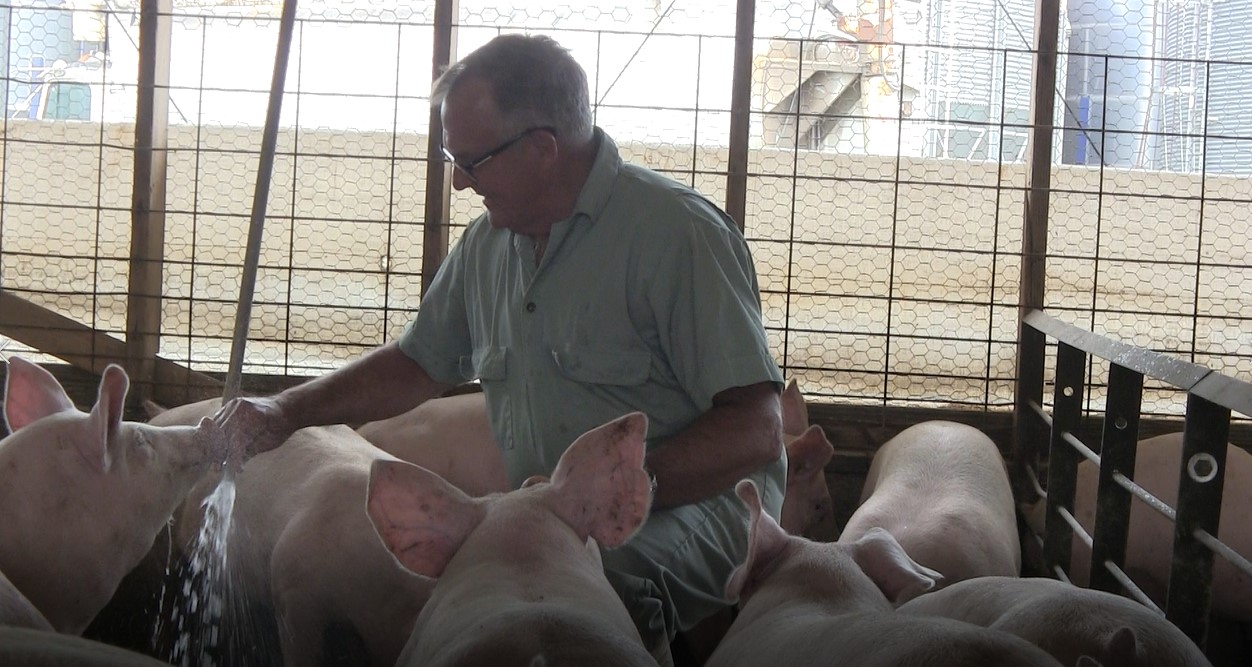 “We have always been trying to achieve high health,” Charlie Schelkopf said. “We watch day-in and day-out how poor health gets in the way of how profitable an operation is. It wasn’t until we had been through several years of difficult production damaged by health issues, that we realized we needed to make a change.”

Schelkopf is a part-owner in Prime Pork, a pig operation in Dekalb, Illinois. After fighting years of difficult production that were damaged by a lot of health issues and realizing there was no visible way of getting out of this process, Schelkopf decided in 2018 they needed a better model.

“My partner and I decided to sell the sows in 2018 and invest in Morgan Hill, a new 9,600 sow farm built in Indiana,” Schelkopf said. “When Morgan Hill was built as a PIPESTONE managed farm in 2018, we decided investing in Morgan Hill was a perfect way to eliminate the health problems we had, along with improving the efficiency of pig flows we had with this change of model.”

At the time, Prime Pork was operating with 12 employees and the farm was getting 600 weaned pigs in a week’s production group.

“In my mind, it all boils down to one thing. How do we improve the health of the pigs, rather than try to fight disease along the way,” Schelkopf said. “We certainly had an awakening when we discovered the success of Morgan Hill. It is a whole new paradigm of health, and it takes all the work out of raising pigs.”

Today, Prime Pork operates as a grow-finish operation and receives 5,000 weaned pigs in a group (one week’s production at Morgan Hill) every 6.5 weeks.

“When we had sows on this farm, we moved virus from the sow farm to the nursery, to grower to finish. We knew with this model, we could not get out from underneath the virus,” Schelkopf said. “By completely changing pig flow and receiving a new group of Mycoplasma and PRRS free pigs, it made all the difference in the world for us.”

The main change that made a difference for Schelkopf was relocating their sows. Due to the high pig density in the area, step one was to move them to a bio secure, filtered farm in Indiana.

“The improvement came from eliminating  the viral disease we were dealing with in the past,” Schelkopf said. “By changing our location and changing our group size, we were able to break the disease cycle, and give the pigs a chance to grow as quickly and healthy as we knew they could. In our old ways, we just kept reinfecting ourselves and couldn’t do anything about it besides beat our heads on the wall.” 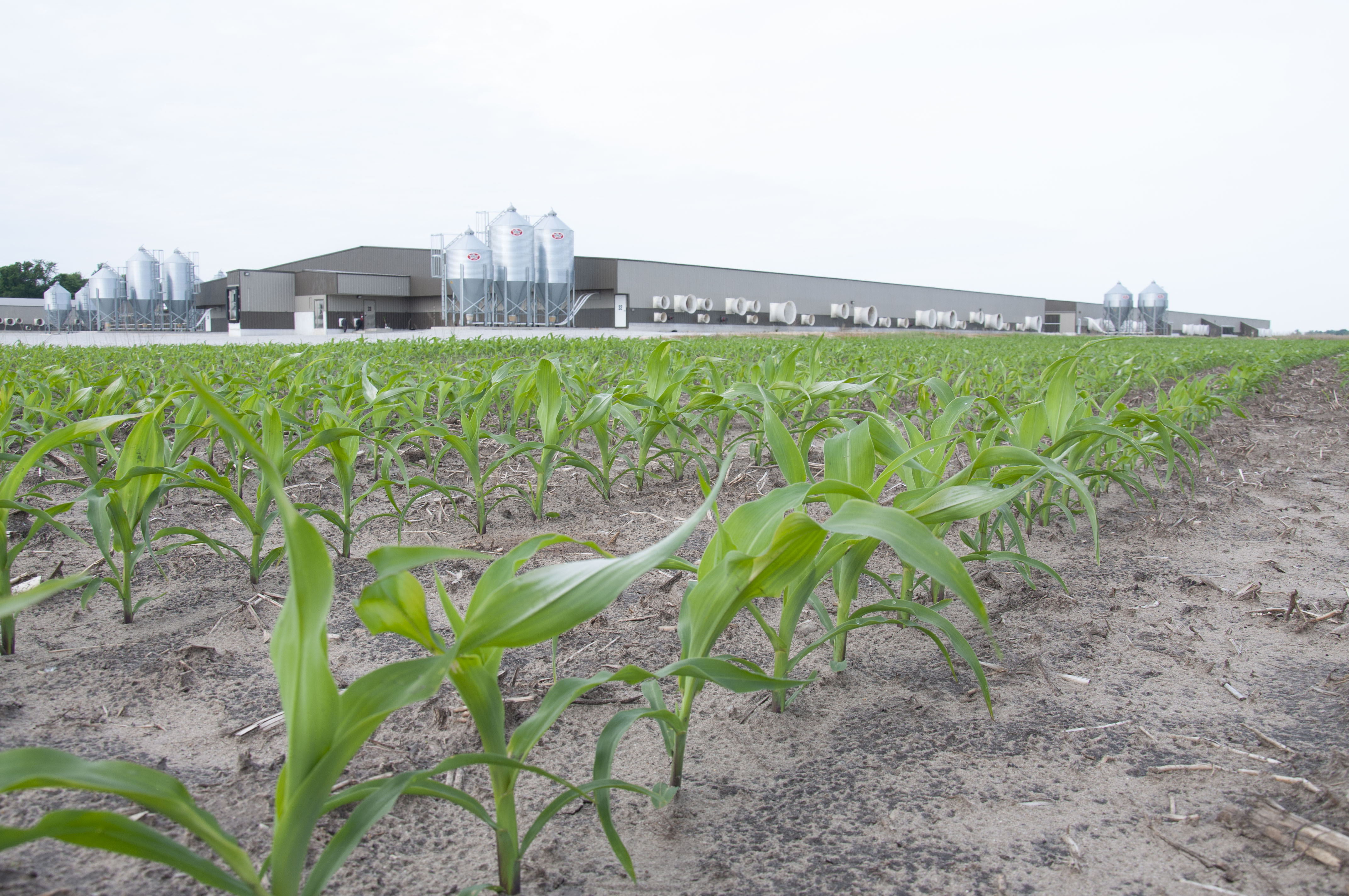 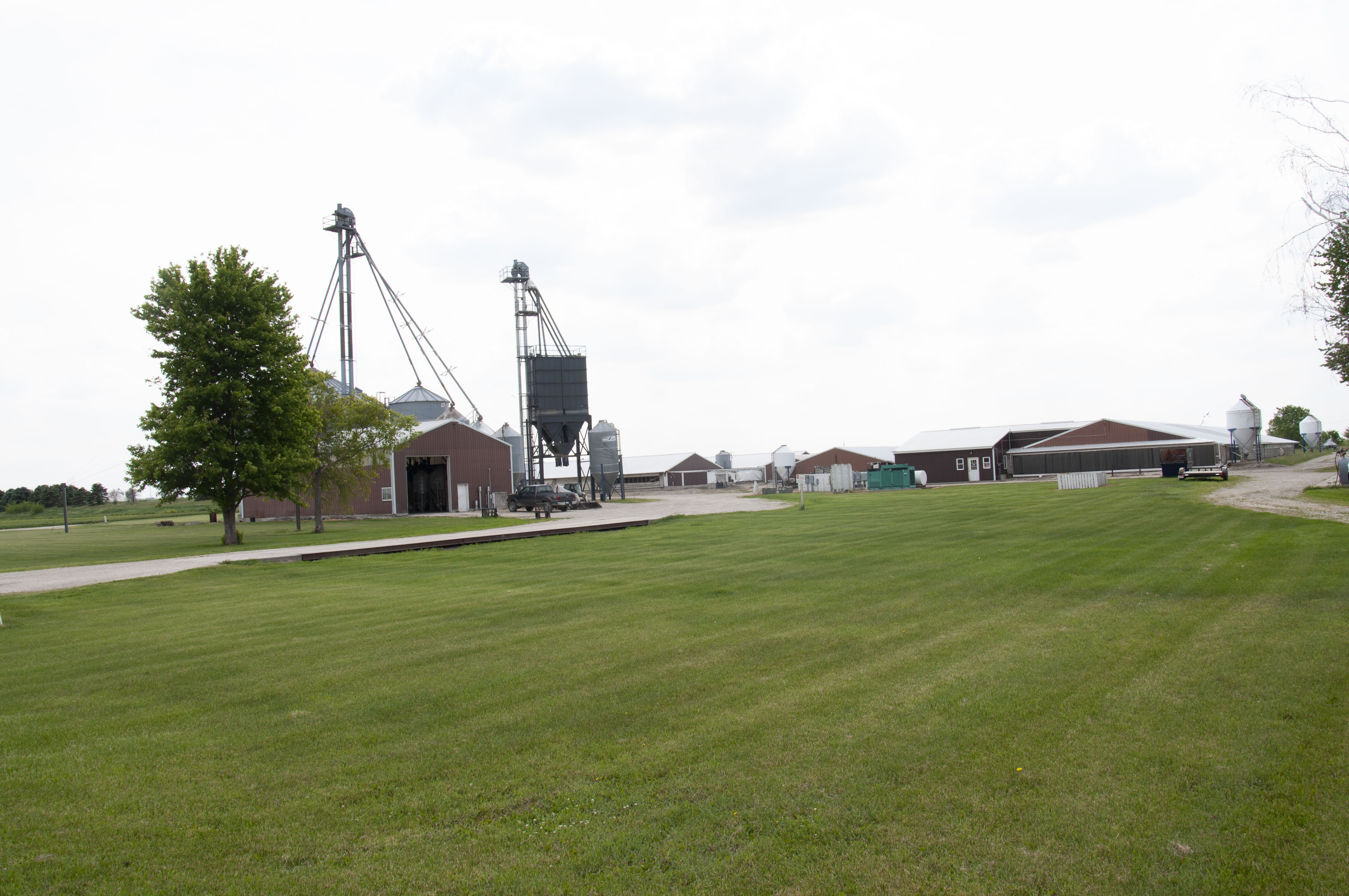 “This was not an easy decision for us, especially when you struggle in the business for a while, so you are not in the financial place for another investment,” Schelkopf said. “It takes a lot of commitment and courage to realize that even though you are going to spend more money in the business that has been a struggle, it is going to be a good return long-term. That process of realizing the mathematical reason for changing comes easy, especially when you look at your existing performance and what you can expect from the performance in the new investment.”

As the ongoing cost of production and profitability improves, it becomes evident that Schelkopf’s previous model was not a competitive one, and they could not continue to exist that way.

“Number 1 is we now have better production so we can have a sustainable farm,” Schelkopf said. “Number 2 is the prior model did not have any resale value. It was a failing farm, with an old model, that does not make money. Now we have a very good system attached to Morgan Hill with high health. The value of our production system has gone up considerably from where we were.”

Schelkopf notes, “For those of us that love to raise pigs without fighting disease, investing in a healthy pig source puts the fun back into it. The nice part about it, is it is a filtered farm, sitting in a better area. We have the confidence that we will continue to have healthy pigs moving forward.”

Since investing in Morgan Hill, Schelkopf feels it is off to an extremely successful start.

“The value in investing in one of PIPESTONE’s managed farms is the confidence in being able to repeat performance,” Schelkopf said.

“PIPESTONE’s ability to have a model and repeat that model over and over, all while paying attention to details, makes it a farm you can count on. By letting a professional run our sow farm, knowing we will have a good cost of production and a good healthy process that is repeatable, it makes all the difference in the world.”

In addition to raising pigs on his own, Schelkopf currently works as a Veterinarian for Pipestone Veterinary Services, providing veterinary consulting to customers across the Midwest.

“My son, Adam, started with PIPESTONE in 2012 after graduating from Veterinary school,” Schelkopf said. “After Adam started, we realized how similar we both were in our services and mission of helping the family farmer. My brother, Mike and I needed a transition, and in 2017 we took a logical step and Bethany Animal Hospital joined the PIPESTONE family.”

Charlie, Mike and Adam continue to be veterinarians at Pipestone Veterinary Services today.

As a veterinarian and a producer, himself, Schelkopf knows that by having this experience, he can more easily offer real-life advice to other producers.

“I spent the money, I made the changes on our farm, and I know what the results are,” Schelkopf said. “I have had mathematical proof financially and from a performance aspect, investing in a new model is well worth it. Now I can truly say, ‘do what I say and do what I do!’”

See more from Charlie in this highlight video below of Prime Pork.